The history of technology is the history of the invention of tools and techniques, and is similar in many ways to the history of humanity. Background knowledge has enabled people to create new things, and conversely, many scientific endeavors have become possible through technologies which assist humans to travel to places we could not otherwise go, and probe the nature of the universe in more detail than our natural senses allow.
Technological artifacts are products of an economy, a force for economic growth, and a large part of everyday life. Technological innovations affect, and are affected by, a society's cultural traditions. They also are a means to develop and project military power.
Many sociologists and anthropologists have created social theories dealing with social and cultural evolution. Some, like Lewis H. Morgan, Leslie White, and Gerhard Lenski, declare technological progress to be the primary factor driving the development of human civilization. Morgan's concept of three major stages of social evolution (savagery, barbarism, and civilization) can be divided by technological milestones, like fire, the bow, and pottery in the savage era, domestication of animals, agriculture, and metalworking in the barbarian era and the alphabet and writing in the civilization era.
Instead of specific inventions, White decided that the measure by which to judge the evolution of culture was energy. For White "the primary function of culture" is to "harness and control energy." White differentiates between five stages of human development: In the first, people use energy of their own muscles. In the second, they use energy of domesticated animals. In the third, they use the energy of plants (agricultural revolution). In the fourth, they learn to use the energy of natural resources: coal, oil, gas. In the fifth, they harness nuclear energy. White introduced a formula P=E*T, where E is a measure of energy consumed, and T is the measure of efficiency of technical factors utilizing the energy. In his own words, "culture evolves as the amount of energy harnessed per capita per year is increased, or as the efficiency of the instrumental means of putting the energy to work is increased". Russian astronomer, Nikolai Kardashev, extrapolated his theory creating the Kardashev scale, which categorizes the energy use of advanced civilizations.

Lenski takes a more modern approach and focuses on information. The more information and knowledge (especially allowing the shaping of natural environment) a given society has, the more advanced it is. He identifies four stages of human development, based on advances in the history of communication. In the first stage, information is passed by genes. In the second, when humans gain sentience, they can learn and pass information through by experience. In the third, the humans start using signs and develop logic. In the fourth, they can create symbols, develop language and writing. Advancements in the technology of communication translates into advancements in the economic system and political system, distribution of wealth, social inequality and other spheres of social life. He also differentiates societies based on their level of technology, communication and economy:
hunters and gatherers,
simple agricultural,
advanced agricultural,
industrial,
special (such as fishing societies).
Finally, from the late 1970s sociologists and anthropologists like Alvin Toffler (author of Future Shock), Daniel Bell and John Naisbitt have approached the theories of post-industrial societies, arguing that the current era of industrial society is coming to an end, and services and information are becoming more important than industry and goods. Some of the more extreme visions of the post-industrial society, especially in fiction, are strikingly similar to the visions of near and post-Singularity societies.

This pictorial timeline is an expansion of a presentation originally given in the media technology forum at the PCA/ACA annual conference. That presentation was mainly limited to a history of video technology, whereas here I'm including many other media types dating from the days of the Edison cylinder to the present time. A goal with this timeline is to provide a decent picture of the technology at hand and a brief description of it, with links to more extensive web sites when they are available. This stems from my habit when picking up a book, particularly those that have picture sections in the middle, to look at those pictures and read the captions prior to reading anything else in the book.

Since this timeline is closely associated with the CED Magic web site, it provides the greatest emphasis on video technology and innovations that originated at RCA. The timeline will be a continuous work in progress as new technology emerges and I continue to fill holes in the past timeline. 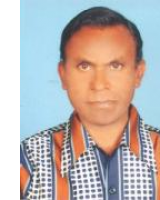